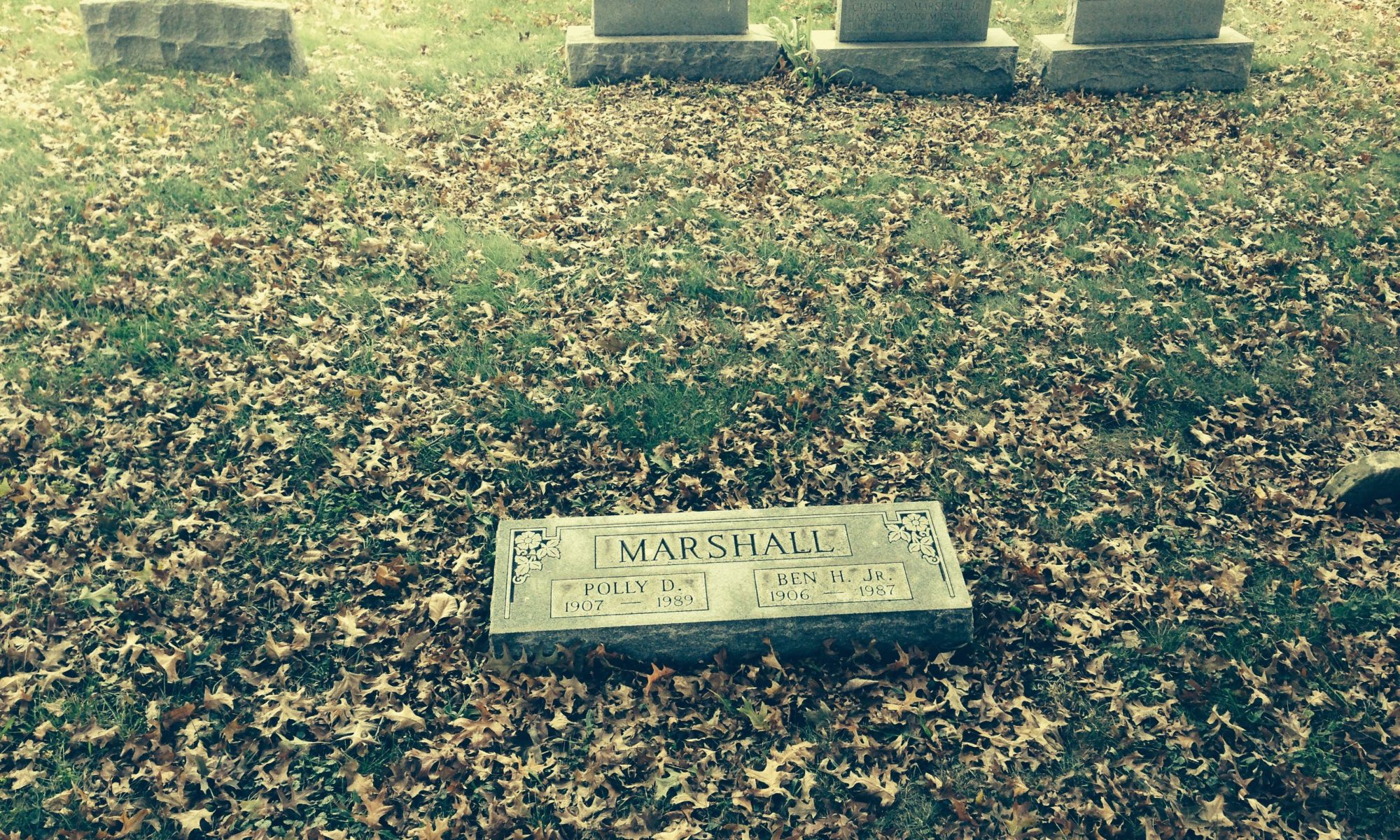 Some of the information comes from Ancestery.com

I, Charles W Marshall, am writing this portion of this entry on Mar 2 2019. It contains the oral history I have heard growing up on Walnut Grove Farm. You should understand it may not be accurate. I hope others will review and make entries that correct, extend and clarify the life of Benjamin Harbison Marshall and Polly D. Marshall

When I knew Uncle Ben and Aunt Polly they lived in Houston Texas. He worked as a salesman. I think he sold steel for U S Steel, but I am not sure.

He was also an active Shriner. I remember he had a deal where he could buy a 1 year old Cadillac convertible each year. It seems the president of Texas Shriners got a new Cadillac convertible to drive during his 1 year term. Ben had arranged be able to buy “last” year’s car as each new president got his car.

Ben and Polly had two daughters. I hope that they will review and make entries that correct, extend and clarify the life of Benjamin Harbison Marshall and Polly Marshall